Buffett to Berkshire Shareholders: Be Prepared to Lose Half Your Money 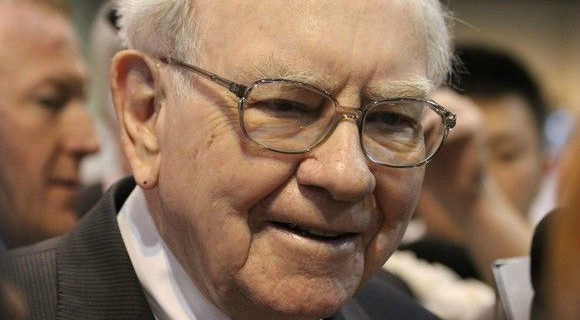 Few investors can match the track record of investing performance that Warren Buffett has achieved, and longtime shareholders of Berkshire Hathaway (NYSE: BRK-A)(NYSE: BRK-B) know firsthand how successful long-term investing can result in life-changing wealth. Yet the Oracle of Omaha has gone through both good times and bad, and rather than giving into the prevailing attitude among market participants that the nine-year-old bull market could continue indefinitely, Buffett’s latest annual letter to shareholders warns Berkshire investors that losses of 50% or more are not only possible but inevitable in the future.

The ups and downs of Berkshire stock

Buffett would be the first to tell you that Berkshire has seen extraordinary returns over time. Between 1965 and 2017, the company has grown its book value at a 19% average annual rate, and that has translated into share-price gains of nearly 21% per year on average. That market gain is more than double the roughly 10% average annual return of the S&P 500 over the same period.

Yet when you look more closely at short-term movements of stocks, they don’t move straight upward nearly as predictably. As Buffett describes it, “Stocks surge and swoon, seemingly untethered to any year-to-year buildup in their underlying value.” The result is short-term price randomness for stocks, and investors can have no confidence that the price of a stock in the market will bear any connection to its intrinsic value at any given time.

That’s even true for Berkshire Hathaway stock. Despite its large gains for long-term shareholders, the company has seen several spans of time during which Berkshire performed terribly on an absolute basis. Some of the worst periods include the following:

Most of those downward periods came at times when the overall market was doing poorly as well. The bear market of the 1970s, the crash of 1987, and the financial crisis in 2008 and 2009 punished stocks throughout the market, many to a much greater extent than Berkshire suffered.

Yet the drop from 1998 to 2000 stands out as a departure from that rule. At the time, the tech sector was booming, pulling the entire market higher. Berkshire stock underperformed the S&P 500 terribly at times during that span, with a 20% drop in shares in 1999 even as the S&P 500 jumped 21%. Many called Berkshire a dinosaur that was stuck in an old-economy mindset — an opinion that was only made starker by Buffett’s assertions that he wouldn’t invest in tech stocks whose businesses he didn’t adequately understand.

How to profit from big losses

Buffett warned investors specifically to expect similar crashes. “In the next 53 years,” Buffett said, “our shares (and others) will experience declines resembling those in the table. No one can tell you when these will happen. The light can at any time go from green to red without pausing at yellow.”

Yet the Oracle of Omaha doesn’t see those drops as a negative for long-term investors. Instead, for those who have the financial resources, taking advantage of those declines by putting money to work at attractive valuations can be one of the biggest sources of long-term outperformance. Countless times, Berkshire has been able to use its ample war chest of cash to be a capital source of last resort to ailing businesses desperate for a financial lifeline. The terms that Berkshire has been able to negotiate have produced impressive gains for the benefit of its shareholders.

The problem for most investors is that the most uncomfortable time to invest in the market is when it’s plunging. Fear of putting money into stocks and immediately seeing further substantial losses can paralyze even the most experienced investors from pulling the trigger on what can become some of their most successful investments.

Preparing in advance is the key. If you mentally play out beforehand what you’re likely to feel in the middle of a sharp downturn, you’ll have a better chance of overcoming your emotions in the moment.

Warren Buffett has always been able to detach himself emotionally from his investing decisions, and that’s been an essential part of his success over his career. If you can do the same thing, then you’ll see better results in your portfolio and be better able to keep your eyes on the long-term prize.